What is Human Resource Management (HRM)?

What will I learn about HRM from this article?

Many people, outside the profession, do not have a real understanding of what ‘Human Resources’ means aside from ‘hiring and firing’. 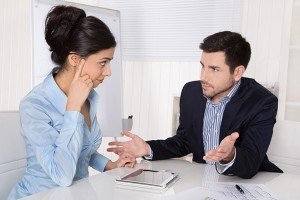 How has Human Resource Management evolved?

Managing People at Work began at the time of the Industrial Revolution in the late eighteenth century. Before this time few large organisations existed but with the emergence of new technology, the factory system developed. The work environment was very unfavourable at this time and thousands of employees worked long hours for little pay in difficult and often dangerous working conditions.

Towards the end of the 19th-century Companies like ‘Cadbury’ in the UK and ‘Jacob’ In Ireland voluntarily appointed welfare officers to improve working conditions and set up sick pay schemes and subsidised housing.

The early Twentieth century brought scientific management influenced by FW Taylor who believed there was ‘one best way’ to approach every job and organise the work process more efficiently. Taylor analysed the job and broke it down into components i.e. job specialisation. Taylor believed that people could be trained to become an expert at one particular component of the job but ignored that fact that people are not machines and get bored doing the same job every day. Taylorism was most famously adopted by fast food companies and Ford and benefits Human Resource Management with tools such as job analysis, methods of selection, methods of training.

Through the First World War, women were recruited in large numbers to fill the gaps left by the men going to fight, which in turn meant reaching an agreement with unions to accept unskilled women into craftsmen’s jobs and changing manning levels. During the 1920s and 1930’s the scope changed to manage absence, recruitment, dismissal and bonus queries.

The research of people like Elton May in the 1930s and ’40s indicated that performance could be affected by motivation, job satisfaction, group dynamics and leadership style. This behavioural science began to influence the management of people as we understood that a more flexible approach was required when dealing with different people. After the war, when the economy began picking up, large organisations saw value in improving employee benefits as a way of recruiting, retaining and motivating employees.

The Second World War brought about welfare and personnel work on a full-time basis that largely involved implementing the rules demanded by large scale, state governed production and thus the image of the emerging profession was a bureaucratic one. Following the development of poor industrial relations in the 1960s, employers, unions and personnel managers were criticised for lacking negotiation skills and failing to plan industrial relations or people development strategies.

In the 1960s and 70s employment started to develop significantly. At the same time personnel techniques developed using theories from the social sciences about motivation and organisational behaviour; selection testing became more widely used, and management training expanded. During the 1970s, specialisms started to develop, with reward and resourcing, for example, being addressed as separate issues.

During the 1980s and 1990s, a time of worldwide recession, many business leaders recognised that their employees were the key to competitive advantage. This belief, that people are a resource to be managed as efficiently and effectively as any other resource, led to a shift in management style which became known as Human Resource Management.

What value does Human Resource Management bring to the modern workplace?

The profession of Human Resources is ever-evolving and challenging itself to behave strategically and make an active contribution to businesses at the top table. This means that we have to ensure that our focus is on improving business performance and driving shareholder value.

We do this by maximising employee performance towards the achievement of strategic business objectives, focusing on the implementation of policies and systems to reduce employee turnover and potential loss of talent and knowledge.

We work in the interest of achieving the business strategy by creating an environment that allows the people to perform at their best.

The Chartered Institute of Personnel and Development (CIPD) is our professional accrediting body for HR and people development. They represent a worldwide community of more than 135,000 members committed to championing better work and working lives by improving practices in people and organisation development for the benefit of individuals, businesses, economies, and society.

The standard of education has increased, and employees expect better working conditions and better treatment from employers. The legal governance around people management is ever-increasing and employers need to be knowledgeable in this area to avoid and manage potential litigation. Furthermore, today’s workers are more likely to take an interest in the performance of their organisation and often want to be involved in the decision-making that directly affects them. Organisations have changed too. Due to technological developments, change occurs more quickly now, and an organisation must be able to adapt to the changing environment to survive. An organisation’s ability to adapt to change and survive relies heavily on its employees.

To avoid the mistakes of the past, you must ask yourself what Human Resource strategies you have in your business. Are your employees recruited, trained and managed in a way that ensures they perform consistently at their best for your business?

If you would like to explore how the learnings from 100 years of history can improve your business today, please contact Aspire HR on 01 6279581 or email michelle@michellem38.sg-host.com.

Please note ©Aspire HR. This document is intended to be a general guide only.

This website uses cookies to improve your experience while you navigate through the website. Out of these cookies, the cookies that are categorized as necessary are stored on your browser as they are essential for the working of basic functionalities of the website. We also use third-party cookies that help us analyze and understand how you use this website. These cookies will be stored in your browser only with your consent. You also have the option to opt-out of these cookies. But opting out of some of these cookies may have an effect on your browsing experience.
Necessary Always Enabled
Necessary cookies are absolutely essential for the website to function properly. This category only includes cookies that ensures basic functionalities and security features of the website. These cookies do not store any personal information.
Non-necessary
Any cookies that may not be particularly necessary for the website to function and is used specifically to collect user personal data via analytics, ads, other embedded contents are termed as non-necessary cookies. It is mandatory to procure user consent prior to running these cookies on your website.
SAVE & ACCEPT