The Gig Economy – Employees versus Contractors

The Gig Economy – Employees versus Contractors

What will I learn about the Gig Economy in this article? 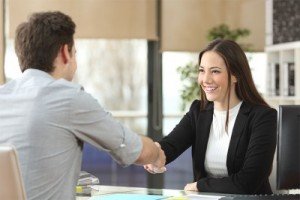 The lines are becoming more blurred each year between traditional ways of working and more flexible arrangements in response to commercial activities and the desire of people for more flexibility in how they manage a work/life balance. In Ireland, companies had moved towards giving employees less security of employment with an increase in the use of zero-hour contracts or low minimum hour contracts.

The government responded to this trend by seeking to improve the security and predictability of working hours for an employee on insecure contracts who work variable hours with the introduction on the 4th March 2019 of the Employment (Miscellaneous Provisions) Act 2018. This sets the tone for how the government expects employers to behave when balancing the competing priorities of commercial realities and employee interests.

Legal differences in contracts of employment for employees and contractors

Employees have contracts of service

Contractors have a contract for service

A worker’s employment status is not a matter of choice. It depends on the terms and conditions of the job. When looking at the criteria, you must consider the working conditions and employment as a whole. The main question will always be whether they work ‘as a person in business on their own account’. This will help decide if the person is a free agent with economic independence from an employer.

The Revenue has outlined key criteria to guide employers in the consideration of the appropriate status as laid out below and encourage employers to contact them if they are unclear. Read the Revenue’s Criteria here.

The Courts have developed tests to determine employment status

There are no definitive rules in statute, or in contract law which can be relied upon to determine employment status. However, it is clear from case law that the courts will look past the label the parties themselves have given the contract and will consider all factors relating to the working relationship to ascertain its true nature. In this regard, Nolan J. comments in UK High Court decision of Hall v Lorimer [1994] S.T.C are useful:  “the object of the exercise is to paint a picture from the accumulation of detail. The overall effect can only be appreciated… by viewing it from a distance, and making an informed, considered, qualitative appreciation of the whole.”

A number of tests have evolved through case law which can be used to determine the true status of the relationship and are still the most influential factors in determining whether or not a person is an employee. These tests can be broadly summarised as follows:

In considering the employment status of delivery drivers, Uber and Deliveroo classified their drivers as independent contractors. They have faced multiple legal challenges in multiple jurisdictions to this decision and have become the two most prominent companies fighting this legal battle.

Uber uses legal language in its contract with drivers to define them as “partners,” not employees. It says it is providing drivers with “business opportunities,” and it refers to itself as a “technology company” or a “platform”—not a transportation company. Uber took its legal battle over the status of its drivers to the UK’s highest court after losing at the Court of Appeal. In December 2018, the U.K.’s Supreme Court also upheld an earlier court ruling that Uber drivers should be classified as workers rather than contractors. Uber appears to be losing the legal battle to classify their drivers as independent contractors, mainly because they do exert a certain level of control to protect their business such as;

Under UK law, they have a category for ‘workers’ that does not exist in Ireland. This is in addition to employees and contractors

Deliveroo has had more success in classifying their drivers as independent contractors as there are some key differences between how they manage the terms and conditions when compared to Uber. In December 2018, the high court in the UK ruled that the riders were not in an “employment relationship” in the context of European human rights law. The IWGB general secretary, Jason Moyer-Lee, said the union would appeal against the high court ruling. Deliveroo is proving more successful in categorising their drivers as non-employees but they have had to sacrifice control, resulting in additional risk from claims relating to immigration breaches and GDPR challenges. Deliveroo made changes meaning riders are permitted to bring in someone else to cover their work, performance monitoring was removed and riders are no longer required to wear branded clothing, all factors seen as central to differentiating their status.

As insurance companies are limiting the cover they will provide businesses for employee travel in these circumstances, future case law in this area is likely and will determine whether the Uber and Deliveroo scenarios will stand up as independent contractors. While Irish cases do tend to reflect the determinations in the UK, we don’t have the option of  ‘worker’ status. This may lead Irish courts to be more prudent in leaning toward employee status as the facts are more likely to be strictly applied in line with the criteria laid out by the code of practice for determining employment or self-employment of an individual or the tests developed through the courts.

The two key factors which provide a greater degree of certainty—in determining the employment status are mutuality of obligation and substitution.

In order to build a strong case to justify an independent contractor status, a business would have to go to extreme measures to ensure minimal control and allow substitution. This may be in conflict with the level of control a business would like to protect its interests i.e. service standards and reputational damage. There is also a risk of becoming embroiled in a case that would grasp the media attention and become a test case for this scenario in Ireland, which is not desirable from a PR perspective. Measures would have to be taken to continually assess the unintended consequences of these arrangements as highlighted by the Deliveroo scenario.

If you need further advice on contracting for atypical employment situations or face uncertainties in defining an employee, contact Aspire HR today to arrange a consultation michelle@michellem38.sg-host.com

Please note: ©Aspire HR. This document is intended to be a general guide only.

This website uses cookies to improve your experience while you navigate through the website. Out of these cookies, the cookies that are categorized as necessary are stored on your browser as they are essential for the working of basic functionalities of the website. We also use third-party cookies that help us analyze and understand how you use this website. These cookies will be stored in your browser only with your consent. You also have the option to opt-out of these cookies. But opting out of some of these cookies may have an effect on your browsing experience.
Necessary Always Enabled
Necessary cookies are absolutely essential for the website to function properly. This category only includes cookies that ensures basic functionalities and security features of the website. These cookies do not store any personal information.
Non-necessary
Any cookies that may not be particularly necessary for the website to function and is used specifically to collect user personal data via analytics, ads, other embedded contents are termed as non-necessary cookies. It is mandatory to procure user consent prior to running these cookies on your website.
SAVE & ACCEPT